Moving presentations is an art in its own right


Ted Noten, one of the most talked-about artists in the Netherlands, presented his work in Las Palmas on a conveyor. A racing bicycle was placed alongside the conveyor. This created the impression that the conveyor was driven by a cyclist. 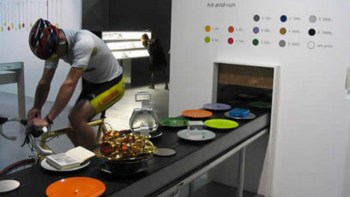 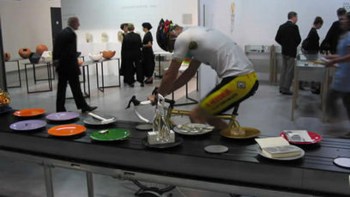